Last year, sometime around Thanksgiving, I was walking along and remembering the sad history of a story I wrote. It was a little long for the usual literary journal format, but it had been accepted somewhere eventually. The only problem was that they never actually published it. I happened to be at a writer's conference where they had their booth and enquired at some point, but the staffers said something about there being some big file mix-up or something, and it didn't sound like the chances of the story resurfacing were good. I later wrote the journal, but never heard anything back from them, so safe to say the rights had reverted to me.

The story had a couple of things working against it, even apart from its actual merit--the length and its seasonal nature. It was a Christmas story. But I suddenly realized that I could actually publish it as a chapbook myself. I could make copies for family and friends and that would be one way of finishing with it.

Still, I dithered. Should I use CreateSpace or Lulu? Would my friends be mad that I had resorted to an Amazon affiliate? Was it even really worth doing? I couldn't decide, time ran out and I put the idea aside.

But I remembered the idea again this year. It was a little late in the season but I realized that if I didn't plunge in, I would have to wait another year. At first I couldn't even find a copy of the story. But when I finally did, I took it as a green light and went forward.

It's quite a while since I wrote this story--I no longer even remember exactly when it was, or what inspired me to write it. I had had it professionally edited at one point, but when I looked at it with clear eyes, it needed more work. For me at least, editing always takes longer than it seems like it should, and then the whole process of formatting, though incredibly streamlined by places like CreateSpace and Lulu, always involve experiments and mistakes. Add to that a finicky tablet that I'm temporarily working on, and it was, shall we say, involved.

But it's live now, both as a chapbook and an e-book. If you'd like to get a copy in either form, you can find it HERE. It's not free, but it's as cheap as they'd allow me to price it. In any case, here's the cover, which I am quite unaccountably proud of, considering that I designed it almost entirely by accident. 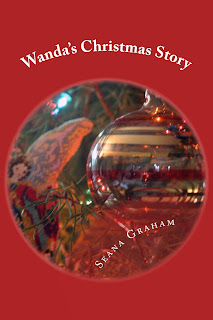 Posted by seana graham at 2:39 PM No comments:

In accordance with my decision to post links to some short fiction here, here is a link to a story just up at Germ Magazine. Although they bill it as literary fiction, in truth it has a little something for the suspense reader as well. Enjoy. "Voyage, Voyage" by Caroline Couderc.
Posted by seana graham at 1:12 PM No comments:

As promised, or at least mentioned, I am hoping to be putting up more story links here and at least today I am making good on my intention. Here is a link to a story by Jolene McIlwain at FlashFiction.net,entitled "Seed to Full". I'm not going to analyze it or critique it, but I will mention that the author's reflections on writing it come after, which answered or echoed many of my impressions. Check it out HERE..
Posted by seana graham at 4:09 PM No comments:

I get an email from the writing magazine Poets & Writers every so often. Yesterday's was titled "Preview the Summer's Best Debut Fiction". I opened it rather idly, as, now that I'm not in the book business, I rarely know what's up and coming until it's down and gone.

It was quite a surprise, then, to see that the featured piece was a story by a writer I know--friend and former co-worker Maryse Meijer. I knew her book, a collection of short stories also called Heartbreaker, was due out, but it was still impressive to see the title story on their website.

"Heartbreaker" is an edgy story, effectively done. It will likely make you uncomfortable, as it's meant to, but you've had fair warning.

Here is the link to the Poets & Writers website, where you can read or even listen to the story. 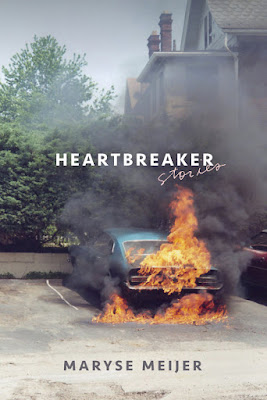 Posted by seana graham at 1:57 PM No comments:

If you like your flash fiction gritty, you could do a whole lot worse than checking out Paul D. Brazill's Friday flash fictions right now.

Just saying.
Posted by seana graham at 10:32 PM No comments:

"The Show-Off" and other stories at FlashFlood

I posted about this at my more frequently used blog, Confessions of Ignorance, but I thought I'd mention it here as well, because I'm going to add it to the links here. I was motivated by an online writing group I'm in to come up with something for Flashflood in honor of the British National Flash Fiction Day. I thought at first I hadn't qualified, but then at the last minute it turned out I had, which was something of a relief, as I've been getting a fair share of rejections lately.

My story "The Show-off" appears right near the end. You can find it HERE

Here are the names of others from the writing group that participated in the challenge, in case you feel like you'd like a way to sort through the many entries. I enjoyed all of them.


Caroline Couderc-- "Between the Lines"

Paul Beckman--"Contraband"
Posted by seana graham at 1:01 PM No comments:

I'm trying to get a little more posted about the story world here. I am in an online chat group where a short short by John Edgar Wideman was linked to. It appeared in Conjunctions. I liked it. Here's the link. Enjoy.
Posted by seana graham at 7:53 PM No comments:

Where You'll Find Me